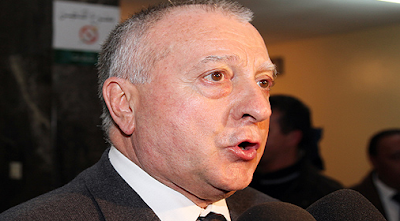 When the Commission opened negotiations to renew the current fisheries protocol, which is set to expire on 14 July 2018, it saw no particular reason to stop its 30-year-long cooperation with Morocco in the area of fisheries. Both the EU and Morocco benefit from the deal according to an independent study.

The gains of the 11 EU countries involved in the deal largely exceed the EUR 30m EU investment for the support of Moroccan sectoral fisheries policy. In effect, every euro invested created EUR 2.78 value added for the EU.

Supporters say the deal facilitates jobs for Moroccan sailors and fishermen through thousands of boarding contracts per year and promotes sustainable development of the fisheries sector in the country. Local populations in Western Sahara reap the benefits of the agreement, with more two third of the budget is allocated to them and three-quarters of the socio-economic benefits of the agreement being enjoyed by them.

On the opposite side, a UK-based lobbying group has challenged the validity of the fisheries agreement, arguing that it did not benefit local populations in Western Sahara. The High Court of Justice (England and Wales) referred the case to the CJEU in 2015, which sought the opinion of the former Belgian Justice Minister Melchior Whatelet.

Whatelet’s non-binding conclusions have raised a storm among legal experts. On 27 February, the 15 judges of the EU Court are expected to put an end to the controversy around the EU-Morocco fisheries deal. New Europe Interviewed with Dr Charles Saint-Prot, Director General of France’s Observatory of Geopolitical Studies, to discuss the many facets of this issue.

What do you think of the conclusions of the Advocate General of the Court of Justice (CJEU) of the European Union, Melchior Wathelet regarding the EU-Morocco fisheries agreement?

Dr Charles Saint-Prot : Mr. Wathelet’s conclusions pose a serious problem. They pose not only a legal problem but also a problem of form. From a legal point of view, there are lots of errors, approximations but, in reality, one is questioning whether they are judicial conclusions or political conclusions. It is clear that in legal terms, these conclusions are weak. Indeed, the Court was seized for a legal opinion and not for a political opinion. It seems that Mr. Wathelet came up with conclusions, which side-line the questions he was asked. He published, or he signed, a militant text. We know very well that it is refendaries that do the work. So, he published or signed a militant text, which, in judicial terms, includes numerous errors that we highlighted in this context. When it comes to the form, this text is interpelling because we have the impression to read a propaganda document of Algeria or Polisario Front. After close scrutiny, we discovered that entire paragraphs are an identical copy of the pro-separatist propaganda material, which are texts issued by Polisario or, associations or NGOs working for Polisario. As a result, we see a polemical and militant text and not an objective one.

Do you think that Mr Wathelet’s non-binding opinion respects European and international law?

In fact, the British Court seized by the propaganda discourse of a militant pro-separatist association chose the easy way by asking for the opinion of the Court of Justice of the European Union. It is important to highlight that it is only an opinion. It is not a judgment or a decision. It is only an opinion, but, as it comes from the Court of Justice of the European Union, it will have some weight. And it is a non-binding opinion, which cannot put the existing agreements in question. It will not put into question anything at all, as it is only about providing clarity for the British tribunal. And the Court shall be very prudent regarding this subject. It should not fall into the trap of playing a game of one side against another. It shall not fall into the trap of serving as a sounding board for the separatist propaganda. If the Court adopts the conclusions, it would be committing a serious mistake, as it would be watering down all the existing EU policies concerning Morocco, which is a privileged partner of the European Union.

Do you think that the Advocate General was wrongly advised by his refendanries?

We know very well that, in this kind of procedure, the Advocate General bases himself on the work of refendaries. This is conventional practice and not only typical for Mr. Wathelet. All Advocate Generals use the support of their refendaries, who help them doing the bulk of the work. But what Mr. Wathelet had to do, was to read more attentively the conclusions he was asked to put his signature on. Because he gravely compromised himself by signing a text, which does not live up to the expectations we would have from an Advocate General of the EU Court. In my opinion his conclusions are controversial and full of propaganda. Now, the Court is in front of a dilemma: Disavow the Advocate General or follow him in the adventure. The latter solution would be the worst because the Court would lose all its credibility.

Do you think he was politically motivated and why?

I believe that Mr. Wathelet was too imprudent and too light for not reading more attentively the text that was submitted to him. Because, I repeat, this text is not at the height of the level of a General Advocate. Then, it is not Mr. Wathelet’s first attempt, as he already announced conclusions, which were much contested for another case. So, we can ask ourselves whether he is really objective or impartial. But, in this matter, the least we could expect from the Advocate General or the Court, is to be impartial and objective and not to be a militant of a cause against another. This case, in my opinion, puts into question the credibility of Mr. Wathelet.

Do you believe that his findings have been influenced by lobbying efforts?

I have no proof in this respect. But I take note of existing documents and texts that were published by Mr. Wathelet. I don’t have proof that could confirm that the Advocate General could be influenced by this or that lobby. But de facto the text that he published plays too much into the hands of one side. It is pro-Algerian. One must openly say this so that we don’t ask ourselves further questions.

Morocco says the population is the primary beneficiary of the fishery agreement, so why the Court is looking to undermine a source of income to many local workers?

In fact, I think that the entire problem stems from the fact that the Court is taken hostage by the pro-separatist lobby. This lobby multiplies procedures because it knows very well that from military, political and security perspectives, Sahara is Moroccan. Hence, they use judicial means with a certain number of accomplices. Of course, this separatist lobby is not concerned about the population of Western Sahara. If it were concerned, it would recognise that Morocco spent billions of dollars for the promotion of this region. When Spanish conquerors left, there was nothing in this region. I was there in that period and I can testify that there was nothing. Morocco procured electricity, running water, constructing roads, airports, schools, hospitals, sanitary houses. Morocco brought added value to the region, spending billions on it. One shall admit that the natural resources of this region are relatively modest. Morocco did not think that it would see any returns of investment by exploiting the richness of the natural resources that practically do not exist. On the contrary, Morocco contributed to the development of the region to create jobs. It is clear that the exploitation of phosphate that creates employment for thousands of people, tourism or fisheries benefit primarily the people living in the southern provinces. As a result, it would be a blow to the inhabitants of these southern provinces to put into question the agreements that benefit them.

Is the Moroccan government going to accept such a negative ruling?

First of all, it would not be a judgement, it would be an opinion. An opinion of no particular value. An opinion that would oppose the will of the Member States of the European Union, who are united at the Council of the European Union. It would pose a veritable problem. EU Member States, the Council and the Commission are convinced that cooperation with Morocco is essential because it is the only stable country in the southern Mediterranean. It is the only country having a clear position in the fight against terrorism and against extremists in the region. It is the only serious country, with which we can sign agreements that could be implemented in practice. Hence, all the Member States and the Commission want to continue to cooperate with Morocco. It is the EU Member States that would have everything to lose in this case. Morocco could very well sell its fish and could attract tourists from Japan, Russia, China and other countries. We should have a good head on our shoulders and remind ourselves that Europeans should not play against their camp and not shoot themselves in the foot. They need Morocco and this implies not to yield to politico-judicial traps stretched by states or organisms that lead a rear-guard combat.

Would such a negative ruling lead to more destabilisation of the region with potential repercussions on Europe?

In fact, a negative opinion would have no practical consequence for the situation in Moroccan Sahara. Morocco is at home in Moroccan Sahara and is there to stay. I doubt that the opinion of any Court could possibly change this or alter the situation. Yet, this could compromise the good relations and good cooperation between Morocco and the EU. If, in any event, the Commission, the Council and other European instances consider that this opinion is binding for them, I think that in no case they should consider that they are bound by this opinion for the following reason. If the Court adopts an opinion, which follows the conclusions of Mr. Wathelet, it would come up with a very contested opinion, which violates our rights, international law and an adequate understanding of the problem.

What would Europe gain from supporting a military liberalisation movement such as the Polisario in a region already troubled by Daech?

To clarify, Polisario is not a liberalisation movement. It was never defined as a liberalisation movement, even not by the most third-worldist organisations. It is an invention of the Algerian regime, with Algerian mercenaries, to harm Morocco. This regime got stuck in archaic conceptions, that led the country to ruin. We have the impression to be in a Soviet regime that never saw an evolution since 1960. In any case, the EU and its Member States will never recognise Polisario or any rights of this organisation, which is part of destabilizing organisations or terrorist organisations in the region…Especially, concerning their links with a certain number of terrorist movements. In no event would the EU interact or sit on the table with these people. 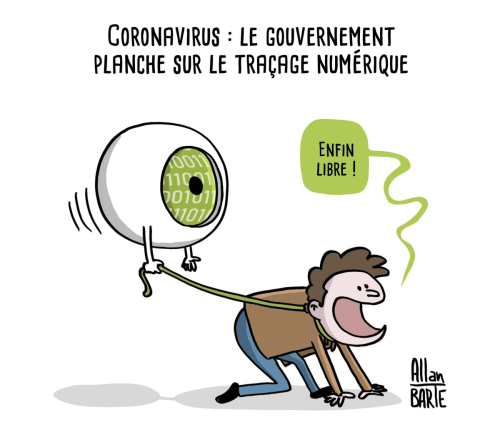